Physical or psychological abuse can happen to anyone at any time but, as the Christmas season approaches, tensions may be running higher than usual in domestic, professional and public settings.

We are honoured, therefore, to host this timely blog from Kenny Gibson, National Safeguarding Lead for NHS England, as he sets out the scale of the problem, the warning signs to look out for, and the help available for those suffering – or at risk of – mental and physical harm by others. 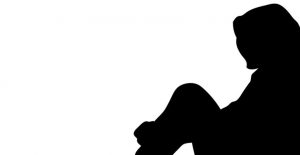 This blog will not be an easy read… it certainly wasn’t easy to write.

In the past, I have been a victim of abuse myself. As a nurse and midwife, I have had to intervene with patient and carers; as a manager, I’ve had to manage domestic abuse with staff and colleagues; as a citizen I’ve had to challenge friends and loved-ones about their abusive behaviour.

There are many kinds of domestic abuse but, however it manifests itself, it is always about one person exerting power and control over another.

Any incident of controlling, coercive, threatening behaviour, violence or abuse between those aged 16 or over who are, or have been intimate partners or family members regardless of gender or sexuality. The abuse can encompass, but is not limited to:

The definition includes issues of concern to black and minority ethnic (BAME) communities such as so called 'honour based violence', female genital mutilation (FGM) and forced marriage.

Whatever form it takes, domestic abuse is rarely a one-off incident, and should instead be seen as a pattern of abusive and controlling behaviour through which the abuser seeks power over their victim. 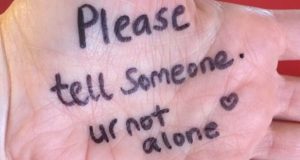 Typically, the abuse involves a pattern of abusive and controlling behaviour, which tends to get worse over time.

The abuse can begin at any time, in the first year, or after many years of life together. It may begin, continue, or escalate after a couple have separated and may take place not only in the home but also in public places.

Domestic abuse occurs across society, regardless of age, gender, race, sexuality, wealth, and geography. The figures show, however, that it consists mainly of violence by men against women.

Children are also affected, both directly and indirectly and there is also a strong correlation between domestic violence and child abuse suggesting overlap rates of between 40-60%.

There is a very close link between domestic violence and mental ill health. Abused women are "more likely to suffer from depression, anxiety, psychosomatic systems, eating problems and sexual dysfunction" (WHO 2000).

A third of domestic violence and abuse against women starts during pregnancy. If the relationship is already abusive, it can get worse.

If there is any domestic violence going on right now, recently, or in the past, it's important that we know so we can begin to help the service user live a safer and healthier life.

If you think you may be in an abusive relationship, there are lots of people who can help you. Likewise, if you notice changes in the behaviour of friends, family or members of the public, stay curious: just listen, believe and do something.

You can take back the balance of power in a number of ways:

Find out more at safelives.org.uk