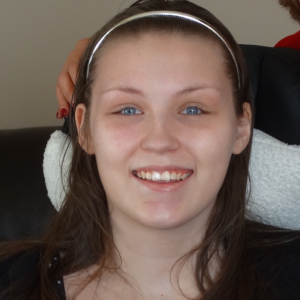 On Tuesday 1st December 2015, I attended the Children’s Health and Wellbeing Partnership’s Takeover Challenge at the Department of Health. It was my second Takeover Challenge, supported by the Young People’s Health Partnership and the National Children’s Bureau, and follows the one I went to in 2014 at which I spoke. However, this time, I had the privilege of co-chairing the event with the department's Director General for Social Care Jon Rouse. What an honour for me, after my charity work took off, starting with my speech in Parliament, slightly over two years ago now.

We began the day with all the young people meeting to chat. We then got started on writing down points surrounding the three key words which made up the focus of the Takeover Day: Integration, Consistency and Engagement. We split into three groups, each focusing on one word; my group were given engagement. We came up with a lot of points around engaging young people in the planning and commissioning of healthcare, until it was time for the takeover challenge to start.

Emma Rigby from the Young People’s Health Partnership ran through the technicalities and ground rules for the day, before Health Minister Jane Ellison arrived. Jon Rouse and I then introduced the day. What an honour it was to represent young people and co-chair a day like this. Jane Ellison spoke a bit about her first experience of the importance of children’s and young people’s involvement, and some examples of where it’s made a big difference in her work too.

The speakers were absolutely fantastic, they really hit all the key messages - from the two young people speaking for CLIC Sargent on being diagnosed with cancer and the difficulties they faced and the exercise we did in small groups on what we’d do in cancer-related scenarios, to the Council for Disabled Children’s talk on young people’s rights within the NHS Constitution...

...and to United Progression’s talk on their work, and their Transition’s Got Talent video which had us all laughing, but especially their talk on health passports, about which our group later heavily debated.

We had a wonderful debate about the benefits and drawbacks of health passports. I was chipping in with the benefits and drawbacks for patients like myself. We see so many different consultants, a wealth of other health professionals, and have complex conditions and interventions resulting in a long and detailed medical history. We also heard a doctor putting his opinion about the problem of not having enough time to read the passport, the lack of time in appointments and needing to hear what is most important to the patient in a particular visit. Meanwhile, Christine Lenehan, Director of the Council for Disabled Children (CDC), offered her perspective and that of the children and young people the Council for Disabled Children support. A UP member also contributed their ideas and discussed the idea behind the health passport.

We also talked about engaging young people in decision making with regards to healthcare, services and policy. Making participation more accessible (physically, in terms of access requirements, support for vision and hearing impaired people, but also in terms of the use of social media, online surveys, digital media such as downloads, videos and podcasts and also reaching different groups of people, such as those who do not use the internet). We also talked about making participation worthwhile with rewards when budgets are already woefully inadequate and charitable grants are limited. Getting feedback is so vital to making young people feel they’ve contributed, that they’ve been listened to and that they can feel confident steps will be taken as a result of their input. 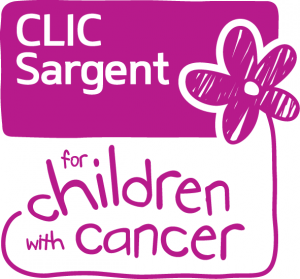 I felt we were very much listened to, every young person there had something to say and this is so important. Health professionals, commissioners and policy-makers all make decisions on behalf of young people, but without young people’s input, how do they know this is in the best interests of this group, that it meets their needs fully, that what they’re doing is actually what the young people want from the NHS and their care and services? Young people’s input is also vital to point out potential issues, suggest improvements and to hear how such decisions and ideas could positively and negatively impact young people.

Every professional there listened, made notes, contributed and acknowledged every single point made throughout the day. Seeing the turnout, there weren’t enough seats for everyone, and this shows the professionals’ commitment to improving care and services for young people. It also attests to their want to hear directly from young people about the needs and wants of young people, and hear about about the key issues, points and messages that young people want professionals, commissioners and policy-makers to understand and to focus on.

I was highly impressed with how the day went, and I have no doubt that all the points raised that day and the key issues and ideas will be thought about and acted upon. It truly was an honour to co-chair this  fantastic, successful and vital event.

Personally, the event gave me a lot of confidence to take a bigger role in future events I am involved with through my charity work. It was a privilege to be co-chair and I look forward to to the next one and all my future projects.